August brings with it the end of summer, but in recent years, bouts of stock market volatility have been common. It is quite normal for stock prices to decline at some point almost every year. In 30 of the 34 calendar years since 1980, the stock market, as measured by the S&P 500 Index, declined into negative territory at some point. At times like these, when markets are moving lower, we need to remind ourselves that market downturns are part of investing. However, the duration of the current bull market with its lack of notable pullbacks has made us more sensitive to any pullback. Four years have passed since the last correction (a decline of more than 10%) in August 2011. Yet, these downturns in the markets are typical and actually serve as a foundation from which markets can move higher. As we noted in our Outlook 2015: Some Assembly Required, periods of volatile markets were likely to increase, but this does not indicate that it is the end of the economic cycle or the bull market that we have found ourselves in following the Great Recession.


A combination of worries has led to the latest episode of market turbulence, including:


China slowdown fears: As the world’s second largest economy, the market has become concerned with the steadily slowing economic conditions in China. Due to China’s currency being pegged to the strong U.S. dollar, the Chinese yuan appreciated and created a strong headwind for China’s export-oriented economy. These slowing economic conditions have created concern that China will not be able to continue to achieve strong levels of economic output. However, unlike Europe and Japan, which have already aggressively been embarking on accommodative policies to spur economic growth, China has just begun to utilize its significant capacity to unveil monetary and fiscal policies as an economy-boosting growth driver.


Lower oil prices: The market is concerned that lower oil prices signal the return of deflation. However, cheaper energy costs are a benefit to consumers who enjoy cheaper prices at the pumps, and businesses find manufacturing costs lower given more modest energy input costs. Thus, the decline in oil prices, largely on the back of increased supply given the energy renaissance unfolding in the United States, is a bigger economic and earnings benefit than drag.


Earnings slowdown: Oil price declines weigh heavily on the earnings of energy companies, which have dragged down profit growth to a near standstill. However, the underlying strength of corporate America is masked behind the likely transitory headwinds caused by the energy industry. In fact, excluding the energy sector, S&P 500 company earnings grew at a strong 9% year-over-year in the second quarter of 2015, and we believe the overall earnings picture will only improve over the remainder of 2015.


A first interest rate hike: The possibility of a Federal Reserve (Fed) interest rate increase in September, even if low, has added to investors’ concerns. The Fed is unlikely to be hasty and the release of its July meeting minutes suggested some apprehension over a potential September rate hike. We believe the Fed will take note of global events and hold off from raising interest rates until later this year or early next.

Despite these transitory issues that are contributing to market concerns, U.S. economic data still points to continued expansion. The current economic recovery has been gradual by historical comparison, but the benefit is that the slower pace of recovery has contained the excesses that typically accompany the end of a bull market or economic expansion. It is these excesses, not age, that end bull markets. The economic data demonstrate that we are not overspending, overhiring, overbuilding, or creating any of the other “over” conditions that lead to excesses. The market valuations were getting a bit overheated — though not to excess levels — and this pullback resets those valuations to more normal levels. All economic indicators to date point to us being just past half time of this economic cycle so there is more potential for positive market returns.


While volatility may linger until we get the next major economic data release on September 4, 2015 (the August jobs report), we believe the significant selling we have experienced in the past few days represents investor capitulation and likely presents an attractive entry point into stocks. But, as investors with long-term horizons, we look for those strong returns that come with long-term market exposure. However, in order to garner those gains, we have to weather the volatility. Therefore, we need to maintain our long-term focus and perspective as we move through some of these market bumps.


As always, if you have any questions, I encourage you to contact your financial advisor.

Should You Own Foreign Stocks?

These are the 25 most popular mobile apps in America

For all of you who may not be able to tour our new office, or would just like to see how the construction is coming along, here is a video for you.  I promise the orange wall will not be there in the end.

China Devalues the Yuan – What Does it Mean? 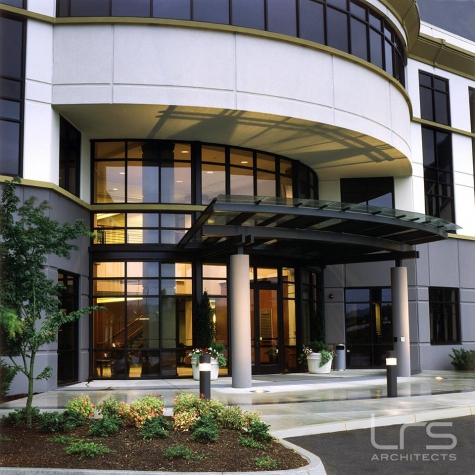 
We have exciting news!  In September we will be relocating to a larger office space.  We’re still in the same building just one floor up, directly above our old office, located in the newly renovated Suite 280.  This new office provides us with the additional space that we need to grow and support you.  The only change to you should be updating our mailing address to Suite 280 and visiting us on the second floor instead of the first.


“Like” us on Facebook and you’ll see more details on our new space including videos of the remodel and a tour of the new office in the coming weeks.

You must be registered to view full news articles